How to Talk to Family Members About Conspiracy Theories 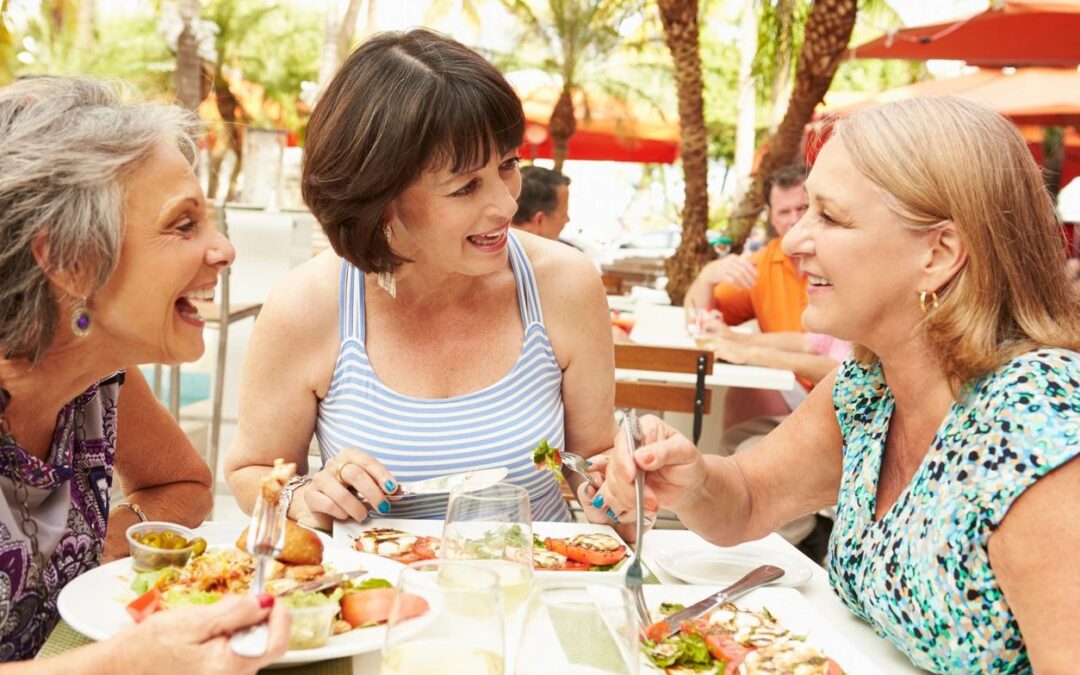 This article appears in POPSUGAR.COM; Fri. 8/27/20 by Kaley Rohlinger, who interviewed me, along with other experts.

Discussing politics and current events with family members isn’t always easy. Despite shared genetics, our identities, experiences, and generational differences can all contribute to vastly diverse opinions, which can in turn lead to heated arguments. Mix in a global pandemic, the 2020 election, and the rise of conspiracy theories and, well, we can understand if you want to keep politics off the dinner table.

While most political topics are polarizing these days, conspiracy theories have proved to be particularly contentious. Due to the nature of these theories, it can be difficult to even open a dialogue around them. If you’re worried that a family member is a little too intrigued by a conspiracy theory, here are a few ways to start the conversation — and to keep it going.

How can I start a conversation about conspiracy theories with a family member?

“Persons who gravitate toward conspiracy theories are looking for something that helps them find a ‘good’ side in situations that are ambiguous and confounding,” says Jenny TeGrotenhuis, LMHC, certified Gottman relationship therapist, and writer. It’s important to remember that as you start your conversation.

One of the key indicators to success is how you approach your loved one to talk about consipracy theories. “You can predict in seconds how the conversation’s going to end by how it starts,” says JD, a family therapist and licensed social worker who prefers to remain anonymous. He suggests approaching these conversations calmly and openly. A person’s tone, particularly an aggressive or argumentative one, can activate our parasympathetic nervous system, which is designed to protect us. From a neurological standpoint, a negative tone can activate our flight or flight response, which creates a headspace where we’re stressed, agitated, and far less open to hearing what the other person has to say. JD describes this phenomenon, in which one person’s emotions trigger similar emotions in another, as emotional contagion.

To prevent negative emotional contagion, he suggests avoiding “you” statements — statements that begin with the pronoun “you” and can sound accusatory and emotionally triggering right from the start — and using “I statements” instead. JD also recommends starting with something positive, like a compliment or observation. Not only will your approach be softer, but you’ll likely be speaking in a way that’s calmer and unlikely to activate the parasympathetic response.

While conspiracy theories can be an inflammatory subject, it’s best to start the conversation with a calm, open tone. JD shared an adage that rings particularly true in conspiracy theory dialogue: “It’s not what you say, it’s how you say it.”

What strategies should I use when talking with family members about conspiracy theories?

“One way we can have sympathy for folks that believe in conspiracy theories is to understand that they’re looking for certainty in the depth of all this uncertainty. They’re scared, and it’s manifesting in a different way,” JD says.

Even if you and your family member couldn’t disagree more on conspiracy theories, it’s still important to approach them with empathy and respect. They may have latched on to a conspiracy theory as a mechanism for coping with the constant unknowns of COVID-19, politics, or society. TeGrotenhuis suggests cultivating your own humility and demonstrating curiosity about why the theory appeals to someone, using open-ended questions such as:

Listen to their answer with an open mind, and try to understand why they might find comfort in the conspiracy theory. Repeat their key phrases back to them, so they know you’re listening. When your family member feels your open-hearted interest, you’ve created a connection, which TeGrotenhuis calls a “bridge of influence.” This bridge of influence creates an opportunity to share your differing viewpoint, without turning them away. When you approach with empathy and active listening, you can not only start but continue this contentious conversation.

What strategies should I avoid when talking with family members about conspiracy theories?

One of the most important behaviors to avoid in this conversation is calling your family member out. “Telling a family member who believes in a conspiracy that they’re mad, crazy, stupid, awkward, a fanatic, or anything like that is bound to fail. People have a very good perception of themselves most of the time, and challenging this perception will result in defensive psychological processes that will end in an even stronger reinforcement of the false belief,” says Yotam Ophir, Ph.D., an assistant professor of Communication at the University at Buffalo, State University of New York, whose expertise lies in media effects, persuasion, and misinformation.

Any attack — whether it’s of their opinion or their integrity — reverses the progress that you’ve made. Not only does it shut down the conversation but it can strengthen your family member’s belief in the theory. It’s important to remember that they’ve likely embraced the theory out of a psychological need for order and meaning amidst uncertainty and chaos, rather than out of ignorance or obstinance, which is why showing empathy — and avoiding personal attacks — is so important.

“Avoid making them feel small, stupid, or ashamed. Mocking them for believing will just increase anxiety and harm self-esteem further,” Dr. Ophir says. This behavior damages your relationship, drives them further into the conspiracy theory, and destroys your chances of breaking through and building TeGrotenhuis’s bridge of influence.

“When our self-identity is under threat, we’ll go a long way to protect it — including adding our loved ones to the list of sheep that just can’t see the truth and try to stop us from reaching enlightenment or awakening,” says Dr. Ophir. It can even, depending on the fervency of their belief, position you as someone who is so blind to the prescriptions of the theory that you’re a lost cause, which shuts down all further chances of conversation with them.

That’s why it’s so crucial to avoid patronizing, insulting, or attacking behavior in these conversations. The nature of conspiracy theories paired with the brain chemistry of self-perception creates the perfect cocktail to drive someone away, or worse: drive someone deeper into the conspiracy theory. Empathy, respect, and understanding are key.

Identifying and fighting misinformation can be challenging enough to do on our own. It becomes even more challenging when you’re speaking with someone who’s a firm believer in it. Dr. Ophir suggests a few strategies for spotting, and subsequently countering, misinformation.

If your family member becomes defensive, remind them that these strategies should be used to evaluate most of the information we receive — not just the information around the conspiracy theory. “Misinformation is nothing new. What’s different today is that the technological developments of recent decades allow more people to spread misinformation much faster and to massive audiences,” Dr. Ophir says. “The likelihood [of being] exposed to misinformation is extremely high.”

Essentially, if your family member thinks you’re condemning their beliefs, remind them that anyone can be exposed to misinformation that appears deeply credible. Use these critiques to explore a variety of information as an example, so that you’re framing these strategies as helpful, rather than using them as a direct attack.

As TeGrotenhuis explains, “It’s likely that you already share the common ground with your friends to discuss social ideas without stirring defensiveness and starting arguments. Family relationships may not have ever attained this level of intimacy.”

JD echoes this sentiment: “You didn’t choose your family. With friends, it’s different and volitional; you choose to be with friends. With family, there are different kinds of repercussions.”

Many of us already have, or at least feel comfortable engaging in, political conversations with friends. We’ve chosen them as friends for a reason, and similar political views likely played a role in that choice. If you and a friend have a major disagreement, you can choose to dissolve that friendship — such a choice has different, and often deeper, consequences within a family. Choosing to engage in such a controversial conversation can affect your position in the family and how your family members see you, and not everyone is in a position to take this risk.

Ultimately, you can’t win the debate if you lose the relationship, TeGrotenhuis explains. If you care about your family member and want the chance to continue this dialogue with them, you might have to make some concessions during the debate. And that’s OK. When you start with a calm and approachable tone, speak with empathy, curiosity, and respect, and avoid attacks or insults, you start to build the bridge of influence — the same bridge that will hopefully lead your family member out. TeGrotenhuis suggests that we approach these conversations like planting seeds. You might not see results right away, but by using the strategies outlined above, you can hope that something takes root. Read it here on POPSUGAR.COM