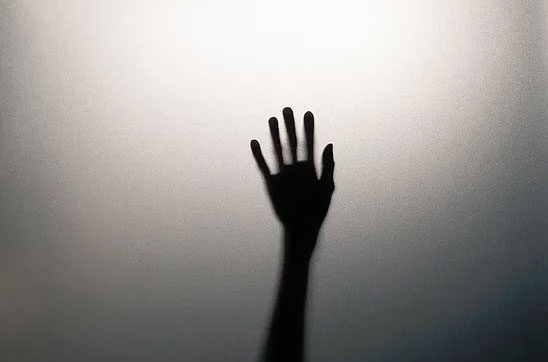 My best friend of 15 years suddenly started to ghost me. I’d been reaching out every day with texts and voicemails, apologizing for anything I might have done to offend her. But after weeks of no response, I stopped. It’s bothering me a lot and I’m not sure what to do. —MK

I’ll bet you’re feeling confused and sad. You’re probably wondering why your friend cut you off so abruptly. A 15-year friendship isn’t easy to forget.

Since she isn’t responding to you, let’s take a look at what the research shows about healthy friendships. I’ll explain three important principles (with real examples) that all happen to begin with the letter B: bids, balance, and boundaries.

John Gottman calls the attempt to connect a “bid.” This can be anything from a “Hey, what’s up” text, to a look, to a touch that says, “I have something to share with you. I want you to see or hear me now.”

My client Shane (I use pseudonyms for my clients throughout this piece) is a master at making and receiving bids. With an expressive face and warm smile, he easily connects with his friends by using their names, and he stays connected by listening well and balancing conversations with thoughtful input.

Gottman research shows that exchanging bids between friends results in many small moments of positive connection. Shared jokes and gestures deepen the friendship further. When bids are missed by one or both people, the relationship lacks the more deeply nuanced integration of two personalities, and things can dissolve.

For various reasons, some people won’t succeed at bidding. Some may be unaware of their own needs, have areas of wounding, or lack insight about how to seek connection. Others will fail to pick up on the bids of friends and partners.

When bids work, the bonds of trust and familiarity strengthen, keeping things positive. But when bids are missed, we can feel neglected or not valued. We know from Gottman research that in healthy relationships, there is a ratio of five positive exchanges for every negative one.

So my first guess about what happened in your friendship is that you missed one another’s bids for connection, creating an imbalance in the 5:1 ratio.

This leads to our second B word for healthy friendships, balance. If one person is always dominating the conversation, the relationship will be out of balance.

My client Chloe would miss the bids her friends would make to enter the conversation because she was always talking about her own interests. Over time, her friends grew resentful about constantly playing the listener.

Though Chloe claimed to care about her friends deeply, they didn’t feel it. Her actions said she didn’t really want to listen to them. She was more interested in being interesting. Soon her friends stopped connecting.

Healthy friendships have boundaries, which are the limits on time, attention, and other resources each person can give. If limits are not respectfully communicated, resentment forms.

When your friend honors your boundaries (like a request for less texting) or understands your needs for more emotional support, then trust and respect increase between the two of you. Failure to achieve the deeper levels of friendship where trust and respect can thrive often starts with an inability to assert boundaries.

My client Pierre is a great friend, but when he started couch surfing at Max’s apartment and then failed to repay loans, their connection dissolved. Max lacked the skills to express his boundaries to Pierre. He needed to say “no,” but perpetually said, “yes.” He just hoped that Pierre would realize enough was enough. Because he wasn’t assertive, Max’s contribution to the problem was his dishonesty.

When Pierre didn’t read his signals of frustration, Max blamed Pierre for his insensitivity and suddenly ghosted him. He never learned whether Pierre would’ve respected his wishes if he had voiced them clearly: “Hey, buddy, I can’t host you here until you repay that money.” Yes, it always takes two. Pierre could’ve set better limits on himself. But unfortunately, Max didn’t offer the sort of caring confrontation which would’ve helped Pierre know his boundaries.

Occasionally, people can share a deep connection, but the relationship still fails because one can’t integrate a part of themselves into the friendship. Sadly, these sorts of “all-or-nothing” break ups between long-time friends do occur. While I can only guess why your friend ghosted you, I hope you see some principles here to apply.

What should you do now?

It’s good that you reached out to your friend, and it’s also wise that you stopped pursuing her. Even if you don’t reconcile, I hope you feel better equipped for future relationships by tuning in to bids, keeping things balanced, and respecting boundaries.

Often we need to allow space and time where the one who is avoiding can sort things out. If you leave this space open, your friend may enter it and approach you again. If she does, I hope you will listen with acceptance to her needs. If you can respectfully acknowledge her feelings, rather than arguing in defense of yourself, you may have a chance to win her back.

You’ll need to be firm that you deserve honesty. Her lack of disclosure about what was bothering her won’t work in the future. Realize this friendship won’t ever return to the way it was — nor should it. But you can rebuild friendship #2 on a greater foundation from learning what went wrong and repairing it. That’s how the best relationships are formed anyway!

This article was Posted at Thrive – Jenny T is a guest author. Follow us on Facebook and sign up for our weekly newsletter for all the latest news on how you can keep Thriving.